We have our cast for New York! 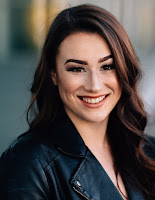 Jessica is ecstatic to be back in the city she used to call home. While performing is her main career path, she is also a full-time special education paraprofessional for severe needs students at a high school in Colorado (and loves it). Some of her favorite past credits include Ursula in The Little Mermaid, Shelby in Steel Magnolias, Sister Mary Downing in Disaster!, Ruth Two Bears in Dogfight, and Mrs. Fleming in Heathers: The Musical. She would like to thank Brandon and April for trusting her with this role. Love wins. 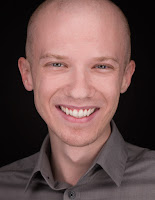 Thomas Ilalaole was born in Vallejo, CA and raised in Kailua, Hawaii on the island of Oahu, and now lives in Parker, CO. He is skilled in all dance styles, vocal performance and acting and has trained in New York, California and on Oahu. His favorite Oahu credits include John in Peter Pan, Fender in Hairspray, Mrs. Bumbrake and Teacher in Peter and the Starcatcher, Pinocchio in Shrek the Musical, and Christopher Wren in The Mousetrap.

He won the Hawaii State Theatre Council Po'okela Awards for "best ensemble in a play" for Peter and the Starcatcher and The Mousetrap. His Colorado credits include ensemble in Beauty and the Beast, ensemble and young Bernadette in the Regional Premier of Priscilla Queen of the Desert, Mikey in Hairspray and Jetsam in Disney’s The Little Mermaid. 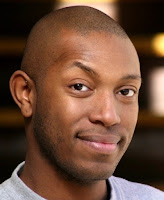 Randy is a Denver based performer, most recently seen in the Town Hall Arts Center production of Ain’t Misbehavin. He was raised in Colorado Springs and is the oldest of four.

He found a passion for singing early in life. Randy became a part of every singing group available throughout his schooling including show choirs, Madrigal ensembles, jazz choir, and a couple of operas. His major influences and inspirations were found in gospel and R&B music.

Randy is a 2017 True West Award recipient most notably known for his several turns as Seaweed J. Stubbs, a role that introduced him to the Denver theater community, in Performance Now‘s 2014 production of Hairspray. Other credits include Benny - In The Height (Town Hall Arts Center) and Sebastian - The Little Mermaid (Inspire Creative)