Blocking in a eco-friendly digital process

We've moved on from our music rehearsals to blocking and the cast is starting to endure the gotchas of a digital process. Everyone was used to marking up paper scripts the traditional way, but we wanted to embrace Planet Connections emphasis on being eco-friendly. It's amazing how much paper is wasted mounting a musical 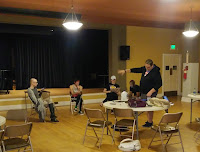 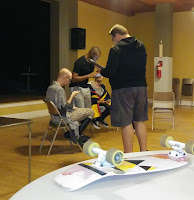 Thomas has been using their phones, while Jessie uses a laptop. Brandon and April are using tablets, but one is an Apple iPad and one is a Microsoft Surface device. There are a plethora of applications that support markup on the electronic scripts, but synchronizing with the most up-to-date script on our shared Google drive has been challenging. 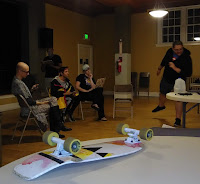 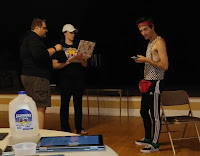